The Cedar Swamp and The Car Wreck


Driving down a gravel road with the windows open, dust billows out behind me like a thunderstorm. The road is open and straight and the trees in the fencerows form a tunnel to drive through. Nobody is in front of me, the way I like it, and nobody is behind me to make me nervous. I hold tight to the raised center, like a gymnast on the highbar. Gravel sprays out behind me. I like to drive fast, but I take my foot off the gas because there's something I want to see.

I see you, America. You are musical with wild lilies in your ditches and flocks of sparrows in your tangled apple trees. You are out of tune, America, with your dilapidated farm houses, falling-down barns, and burned-out landscapes, the product of ruinous farm policy inflicted upon you.

With the windows open, I can see into the ditch and beyond, and with the wind rushing through the car, I am struck by a queer sense of nostalgia for these fading rural areas.

I turn down a road I've never had occasion to go down before and pass a group of mobile homes set up for migrant workers who labor in the fields with their long-sleeved shirts and baggy trousers and big hats.
. 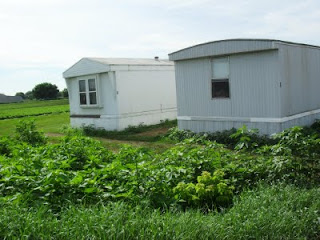 A sign by the road says, "Coon Hunters Association", 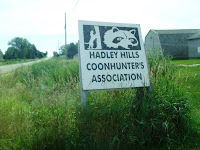 and I wonder at the incongruity.

Down further, I pass another sign that strikes me as small. Sign, sign, everywhere a sign. . . Here in white, rural, flag-flying America, militia signs dot the landscape promoting freedom to do whatever one wants, but theirs is an insular rebellion. These self-proclaimed rebels are afraid to venture outside their township, their state, their country. They abhor migrants though they would not do the work they do. Packing heat, they're afraid of strangers, afraid of their own shadows that stretch out tall in winter and shrink to proper size in the heat of summer. Proper small, their America.

When America was eighty years younger with untraveled areas, there was a boy who worked in the cedar swamp, cutting timber with his father. One day he was riding to the swamp in the back of a 1935 Chevy with a group of other lean, sharp-faced boys. They barreled down the gravel road, dust flying. It was a dry, hot summer and even the grasshoppers stirred up puffs of dust as they escaped into the ditch.

The boys got behind a pickup truck and were swallowed by dust. They couldn't see a thing, but the truck was going slower than they wanted to go, and they were young and in a hurry, and the driver took a chance. On a dare? With encouragement from the back seat? The details are fuzzy. We’ll never know. But this much we do—he pulled over on the left to get around the truck and ran head-on into the invisible oncoming vehicle. The collision crushed their steel bumper, smashed the hood, and broke the windshield. It killed the driver.

The boys in the back were struck silent and shaken. One of them is still alive to tell the tale, with a trace of nostalgia for that hot summer day and the boy that could swing an ax, and the cedar swamp that is no longer there, and the friend he'd forgotten about.

When you sit down with someone born on the cusp of the Roaring Twenties, you never know what you're going to learn, what forgotten story you might hear. Sometimes they surprise themselves with all that they know . . . with all that they’ve forgotten.

My dad has forgotten more than I'll ever know, and it’s funny how he has repeated so many stories over and over as we roll our eyes, but this one made us sit up in astonishment. This one he had never told before.

Today, I want to be irresponsible and rebel against the expectations that others have of me. I want to drive down a country road with the windows open, or jump a train, or learn to sail. I want to make a story.
Posted by Yvonne Osborne at 5:48 AM 19 comments:

The Artist and The Writer

I recently collaborated with artist, Tony Duce, and he provided the image below for one of my poems, Still Life. I’ve long wanted to collaborate with an artist like this and it was a very exciting, informative process. Tony posts his drawings and paintings on his blog, Duce: Drawings, Paintings, Words, writing words to go with his images to give them a story. He has created images for other poets in the past, and I felt fortunate that he consented to work with me on this one. I love how he connected to my poem. I particularly like the way he drew the nude with her back to us while facing us in the self portrait. Hands played a large part in the poem and I love the way he drew them in the background. 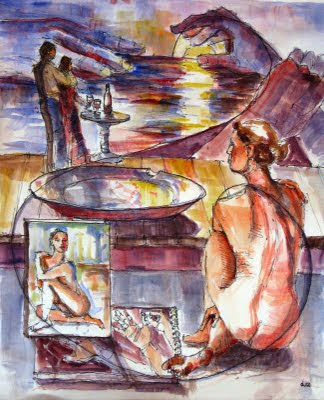 in the chipped china plate
you won’t throw away,
in arms that drape shoulders
graceful as the legs on the bistro chairs
enclosed in a frame.
The ruffled tutu of the fuchsia
falling off to ground
is frozen by the chance
of a backward glance.
The sun sets a twenty-second fire
to the ridge across the valley,
fleeting as the shrug of your shoulders
to have missed it.
The self-portrait I couldn’t finish
stands in the back of the closet
behind sketch pads full of hands.


Visit Tony for more information on the painting itself and to view some of his other amazing work. I hope to collaborate with him again in the future. As I told him, seeing my poem come to life under his hand makes me want to concentrate again on poetry and take a hiatus from the angst of novel-writing.

So what do you think? Have any of you done something like this before?
Posted by Yvonne Osborne at 12:10 PM 15 comments:

This blog is primarily about writing, but as you may know, I like to veer off the beaten path into the sustainable, organic movement, and plug progressive policies that offer hope for the future of the planet. On this note, I'm proud to say that our family farm is going solar. Ground-mounted solar panels are being installed this summer. This is what the frame currently looks like. 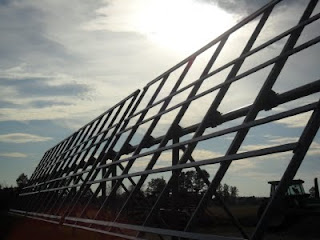 Thanks to the help of government backing, the glass panels will soon be in place and we'll start collecting energy from the sun, doing our part to get the planet back to 350, the most important number in the world. Scientists measure carbon dioxide in the atmosphere in parts-per-million. They now say that 350 parts per million of CO2 in the atmosphere is the safe upper limit for humanity. This number is rising by about 2 parts per million every year. We're currently at 391. 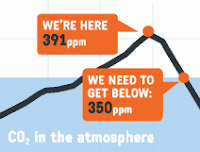 Is it already too late for us?

Mosquitoes are on the rise along with sea levels. Drought conditions are wide-spread, and insect infestations are mounting. We have new, strange bugs in our garden and a squash beetle infestation unlike any we've ever seen this far north.

From dust storms blanketing Arizona (as shown in this video on C.M. Jacksons' blog, states-of-mine: "You don't need a weatherman to know...") to our own weird weather here in the midwest, it's obvious that something is wrong.

We can get back to 350 if we act before we reach an irreversible number, but we need to stop taking carbon out of the ground and putting it into the air. 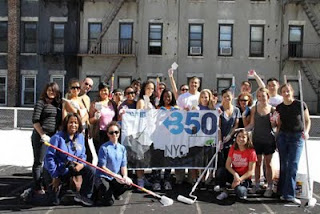 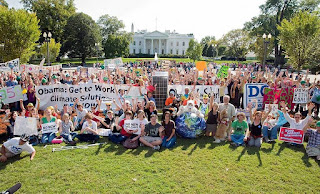 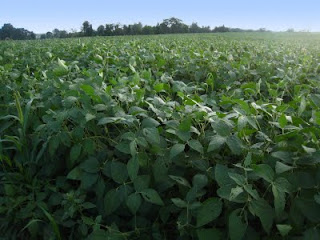 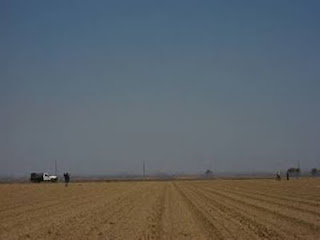 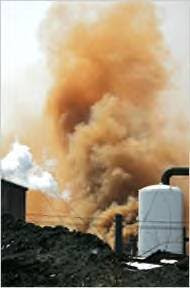 We should all get 350 T-shirts before Sept. 24th, the Moving Planet Forward, Global Rally Day. I'm picking out my color today. Maybe they'll add "Writers For The Earth" on the back. After all, writers are the most vibrant, alert, and fun people to be around. We nourish each other, as Joyce Johnson states in her memoir "Minor Charactors", her look back at the Beat Generation and her not-so-minor part in Jack Kerouac's life, Artists are nourished by each other more than by fame or by the public, I've always thought. I agree, and as we nourish each other, maybe we can pass the word and nourish this endangered planet at the same time.

OK....I'm stepping off my soapbox and into the garden. Happy day to you all.
Posted by Yvonne Osborne at 6:08 AM 8 comments: