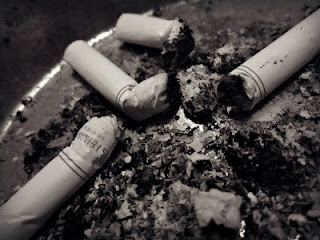 They stand shoulder-to-shoulder
backs to the wind with collars up
and scarves swirling mare’s tails.
The controlled burn smolders between them
like the embers they flick at their feet.
The tinkle of laughter carries through the window glass
as they step off the porch to disappear,
taking the party with them.
I wipe out the ashtrays, an envious outsider.

A Freebie and a Cure

To celebrate the end of 2012, Ploughshares is giving away one of their solos  Escape and Reverse . Solos are longer individual stories. You have until tomorrow, December 31st, to download it. If you don't own a Kindle, you can read the story on your computer or through a Kindle app on your smartphone. 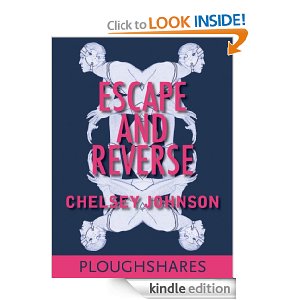 There is also a new anthology out from Elephant's Bookshelf Press titled The Fall. 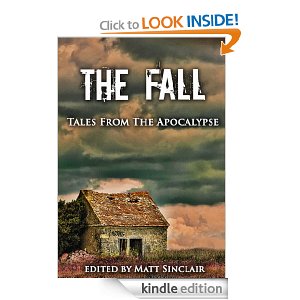 These are the same people who brought us Spring Fevers, which you can also now download for free. The Fall is a collection of tales from the apocalypse, but so much more than zombies. The cover alone draws you in, zombies or not. Review forthcoming from this blogger in 2013.

Do you have a favorite read from 2012? In the running for me is Sixteen Pleasures. A fascinating novel by Robert Hellenga. 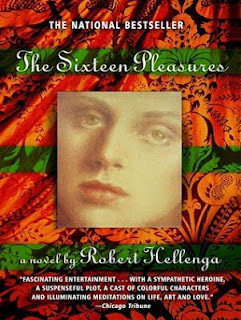 I wanted to draw attention to all these and more as 2012 draws to a close, but time is short and we bloggers have short attention spans because we're doing other things, like feeling guilty because we haven't done enough.  So, just one final note and I'll let you go. I promised you three cures in 2012. One involved beets which I told you about three posts ago but still I've fallen short. Here is a second:

My grandpa used to smoke a pipe. He smoked it so much, he got cancer in his lower lip where the pipe would always rest. An aunt who lived in Detroit knew a doctor in Canada who made house calls, and Grandpa went to stay with her for three weeks. The doctor came to the house every few days and applied a poultice to his lip. Mother says it was extremely painful at the time. After three weeks, the cancerous tumor was drawn out, and they placed it in a jar. She remembers seeing that jar on the kitchen windowsill. After that, Grandpa took to smoking cigars. He never gave up the smoking habit, but he never had a reoccurrence of the cancer.

Happy New Year! May 2013 be prosperous and may we each find a poultice for what ails us.

Posted by Yvonne Osborne at 6:08 AM 4 comments:

A fig tree displaced from the Holy Land.
A nativity scene blown into the ditch.
A missing arm and an ass.
The end, she says, is near.

So bequeath me a blanket,
the one you just took off your bed.
That's all I want. And the candle with no wick
in the bottom of the box of ornaments,
like a life well lived and now tucking itself in.

She says she wants to give them to a thrift shop.
That’s like pictures of other people’s ancestors
stacked in dusty corners.
Nobody wants that stuff.
Who are they without their frames?

The sun drops to a lower arc in the sky,
and the fig tree on my back porch is dying
without the heat of the Holy Land.
I throw a blanket over it at night
and take it back off in the morning,
thinking by some miracle it will survive.

But it’s out of place and this isn’t the Holy Land.
We pass freely between townships and counties.
We wear what we want and go to church if we want.
And holy is clean ground—
the No Toxic Spraying signs
we store in the milkhouse for winter.

I string lights on the dying fig
but miniature lights don’t conduct warmth,
they only give off light.
It isn’t enough.
Posted by Yvonne Osborne at 4:54 AM 6 comments:


It’s a sad day in Michigan when the Republican legilature pushes through a right-to-work law in a lame duck session without any public debate. Right-to-work states have lower wages, fewer benefits, more workplace injuries, a poorer quality of life and lower standard of living. But they’re doing it for us. Merry Christmas.
If you have a story to share in 55 words post it today and let the G-Man know. He will visit you as will scores of others. TGIF
Posted by Yvonne Osborne at 4:57 PM 19 comments: